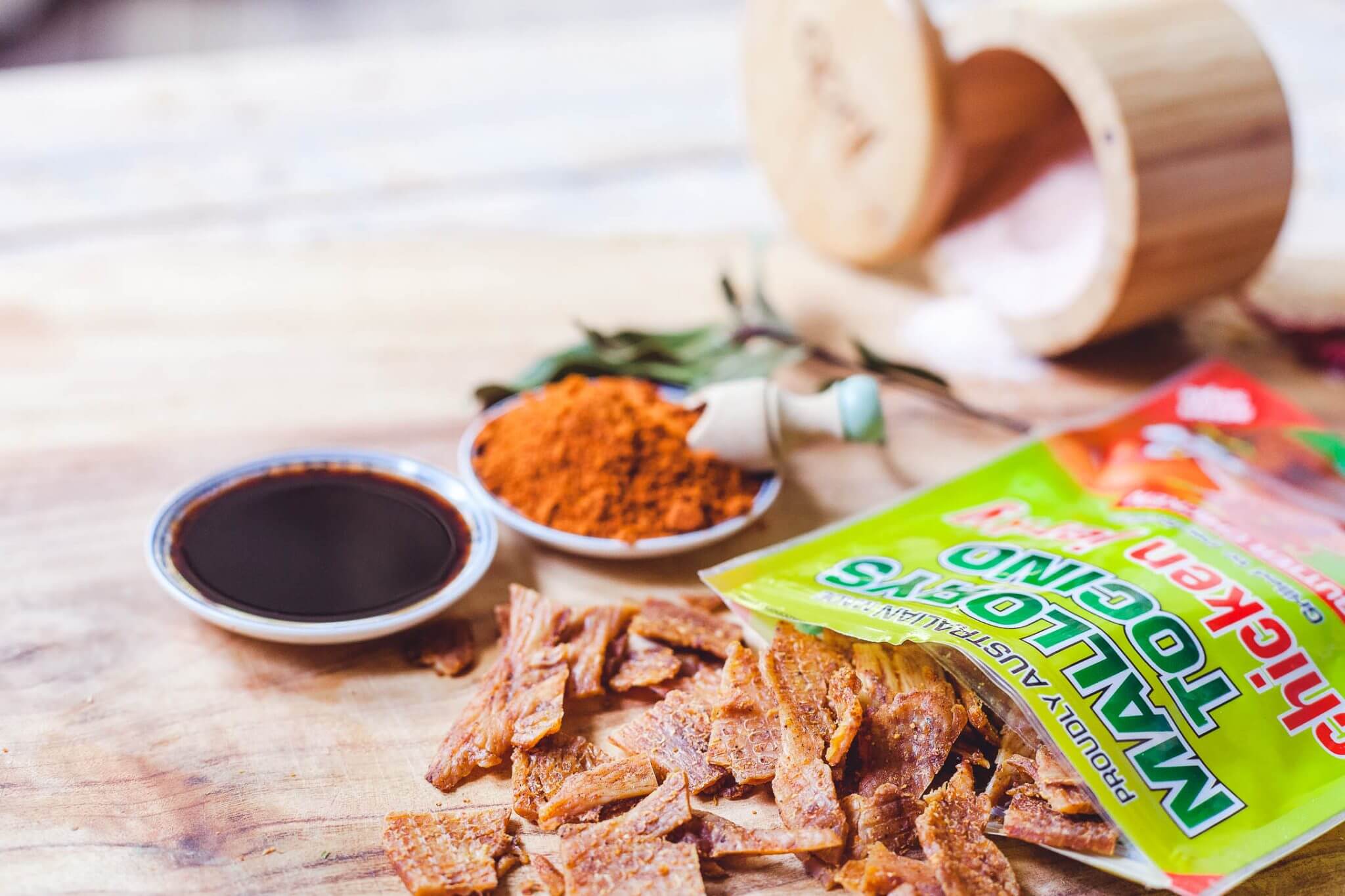 Recently SBS Filipino interviewed Lory from Mallorys Tocino on how they have been able to turn a Filipino breakfast classic into an Aussie bar snack favourite, that is delicious teamed with the Aussie beer.

The interview proved very popular gaining a lot of social media likes and shares, in fact SBS Filipino praised Lory on the success of the interview.

In the discussion Lory talks about how long she has been living in Australia, and the steps she took, along with her husband Malcolm, to establish their jerky business with the success it is today.

Lory also talks about how they are the first jerky business, in Australia to hand make chicken jerky! Traditionally, chicken is not used to make Jerky, but she was able to adapt her family recipe to safely make chicken into a long lasting, moist and tasty jerky by adding grilling to the process instead of the typical air drying.

Mallorys Tocino is very unique, in that it sells not only the traditional beef jerky, but also chicken jerky and pork jerky. Using a combination of fresh quality Australian meat, aromatic spices and perfected drying/grilling methods has resulted in a moist, chewy and tasty jerky that is sold by retailers throughout Queensland. It is a jerky that is loved by all who try it. Customers can purchase from any of our stockists, direct from our website, or catch us at local markets and food events.

You can listen to the full interview here: https://www.sbs.com.au/language/english/audio/filipino-breakfast-classic-now-an-aussie-bar-snack-favourite